It’s safe to say real-time communications online has either peaked… or soon will.

Don’t get me wrong, Twitter and FriendFeed and others will continue to grow at a crazy rate, no doubt about that.

But what interests me the most… and other first-adopters, is what’s next?

If real-time is now business as usual, what could it be…? 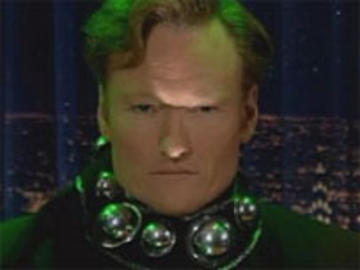 But all kidding aside, that just might be it!

In other words, in terms of practical life, what’s the role of the future?

It’s your intentions. And sharing them, in addition to what you’re doing right now.

Here’s a few services already out there, that allow you to do just that.

Doodle allows you to create instant polls, to schedule events and make choices.

Kind of like a democratic version of trying to decide what to do next, and to see who else would be interested. I guess. I’m not quite sure about this one yet, but will keep experimenting with it.

Now Dopplr has been around the block by now, but to me it’s just getting to a point where it’s not only a very mature service, but also in the right place at the right time.

In case you don’t know, Dopplr lets you share your travel intentions with friends and colleagues, or whomever you accept as your friend on the site. I wasn’t smitten with it at first sight, but it’s slowly grown on me.

Dopplr has some very useful features for frequent travellers, such as user-generated tips for locales you’re going to visit.

Bunchmap has a similar agenda, to act as a social travel sharing tool. It’s done a little differently, and they don’t seem to be very polished right now, but something to look out for.

Even Facebook enables intention sharing to some extent, by way of announcing events and inviting people. Of course, Facebook seems so preoccupied with their battle with Twitter to notice their own strength in intention sharing. It will certainly be interesting to see if they’ve changed direction again by the end of the year.

They “let you see what your friends are planning to do, and allows you to quickly invite them to join you”.

So it’s kind of like specialized microblogging. Kind of, because we don’t yet have a proper frame of reference to talk about intention sharing.

To finish off (so to speak), here’s a video from Zipipop/Zipiko (confusing, I know) about how intention sharing, or intention broadcasting as they put it, works.

PS. Mind you, this little writeup wasn’t intended to be a review of any of the sites mentioned, just to highlight their importance in the coming through of this important trend. Keep your eyes open, and take advantage of this in your business.

bunchmap doodle dopplr facebook intention sharing microblogging twitter zipiko zipipop
Previous story :How to Get a Great Job (in ANY economy)
Next story :Checking Your Ideas

Do You Split Test Your Product Launches?

Hey there. You know how the product launch process is such an arduous one, taking a long time to put together, so many moving parts and all that? And how you’re typically completely exhausted when it’s all finally LIVE, right? If you’ve been through a product launch yourself, been

Hey. Not too long ago, I’d successfully run yet another high-profile conversion test on a rather popular e-commerce site. The hypothesis was clear and expectations high: change major elements on the front page, expecting at least a 10% overall lift. An increase of few hundred grand in annual s

The Truth About Conversion Rates

Hey! Here’s another quickie podcast, prompted by a renewed website that forgot to cater to first-time visitors. See if you might have the same problem… Go on, do the exercise and see if you come clean! 🙂 See yah! -Juho conversion copywriting cro overhaul prospect relating usability we

Entrepreneur Talk: Smack Behind Your Back

Why Should Marketing Be Hard Work?

There’s something that’s not sitting quite right with me these days… hear me out: What do you think? Sound off below! marketing video

Practical Tools for the Online Copywriter

Hey! Someone asked me recently about the tools I use in my copywriting, and while the task is really REALLY not about the tools, I thought why not, if it helps someone, here’s a shortlist. So here we go, in order of random brain shakerato:  Instapaper – You might think this is an odd o

Here’s a quick recording from the 2018 Private Island Masterclass workshop we held with Mr Pete Dunn. This is a quick 15 minute rundown of some of the factors involved in persuading people to buy from you: This year we held no open call ‘island seminar’, only some invite only event

How to Sell in a Time of Panic (Tesla example)

Let me say just this as a prelude – I’ll write a separate article on how marketers should tackle this corona virus window in time – for their own and their clients’ benefit. Because THIS is no time to stand still. But right now – let’s just say this is also when b

7 Powerful Tests For Your Email Marketing

A lot of marketers seem to be doing one of two things right now: Copying formulas from other marketers without thinking: (“your account is approved!”, “bad news” and so on…)  Emailing completely without thinking – volume over quality (thinly disguised pitches

Win Everything With The Immersion Method

Here’s perhaps my biggest personal piece of discovery from 2016. Once I discovered how this one key worked to drastically improve one area of my life, I used it to heal and improve several other areas. So I’ll definitely continue to apply it in 2017. What am I talking about, again? Oh,

Links That Mattered In March 2020

The Day Of Money Miracles

Do you know what the Vedic calendar is? It’s a little like the Mayan calendar, or Chinese or what have you… The common thread is, you find out millenia-old knowledge about the nature of days, hours, and so on… In short, you get to know when is the best time to do a certain thing

Valuable Resources I Came Across Recently

Here’s what was important in my link collection in April 2014, give or take. Enjoy!  SamCart – a shopping cart for info marketers. well spoken for. Klevu – a smart search box for e-commerce stores KnowEm – secures your user name or brand name on TONS of different sites out

Blogging According to Pooh

I don’t very often refer to other blogs (well, pretty much never), but this is just irresistible. The inimitable Copyblogger delights us with the Winnie the Pooh Guide to Blogging! Here’s the short form: Lesson 1: “You can’t stay in your corner of the Forest waiting for others to com

Have you ever caught yourself saying that after someone complimented you on some success? “Oh, that’s nothing…” The most dangerous words you could ever utter to your unconscious. Why? Because with every statement like that, you’re training your unconscious – you k

Leave a comment Cancel
Comments to: Intention Sharing: The Next Big Thing?