The other day, I had participated in a fascinating discussion about the state of bands and artists these days.

Specifically, about how the business model is unmistakeably transitioning from selling records to selling something else (and nobody seems to know what, exactly).

T-shirts, concerts, whatever you can think of. And the price range is changing too.

A lot of people seem to be thinking that this transition is not only inevitable, it’s a negative for bands, and it’s all because of the Internet.

While a lot of it probably IS due to the Internet (starting with Napster, through iTunes to Radiohead and so on), that’s only half the story. 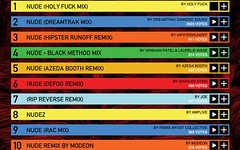 The problem artists USED to have is, it’s all controlled by the record company. They decide how big of a cut the band gets, where the band plays, how their music is marketed. A very corporate face to bands that are everything but.

In other words, the intimacy wasn’t really there. Joining a fan club for a quarterly newsletter would be about the best you could do as a fan.

And then… enter the Internet.

Even though a lot of the hubbub has settled, iTunes being the biggest record store in the world and all, the transition is still far from over. 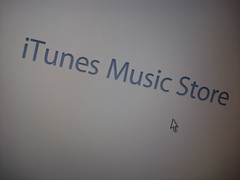 Many artists are facing diminishing revenues and end up making more money from merchandising than records, and touring more than they’d honestly like to.

Even giants like Madonna are now bypassing the record company, at least to test different scenarios from what I can tell.

So what is the solution?

One resounding answer is: use what you now have thanks to the Internet, and were deprived of before: INTIMACY!

That’s right, actually use this fantastic channel to directly communicate with your fan base. There are so many ways to do it online.

Most of the time, traffic to site is not the problem if the band or artist is a popular one.

Instead, what you need is more products to offer! Such as: 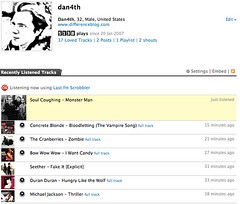 Then, the whole landscape changes, and the stress of selling a record goes away (which doesn’t feel right for most artists to begin with).

Granted; this is just the beginning.

But a new business model for musical acts is definitely in the birthing stages.

Give it a year or two, and I’ll bet we’ve seen the rebirth of the music industry.

So hold on tight, and try something new tomorrow! 🙂

Juho Tunkelo Member since May 22, 2007
Loading + Follow Following
Long time marketing strategist, superstar skills in copywriting and conversion optimization. Ring me up on Skype or send me a free-form email and I’ll lend you a keen ear. https://www.juhotunkelo.com
Do you like Juho Tunkelo's articles? Follow on social!
Previous story :What Do You Mean, 40 Miracles?
Next story :How Mahalo Could Improve

A Peek Inside Effortless Freedom

Hey there! I think it’s probably due to the unusual offer I made a little while back, but a lot of people have been asking me lately what exactly the Effortless Freedom Online home study course holds inside. And sometimes I think I don’t really want to keep harping on and on about this c

Entrepreneurs have this particularly nasty danger lurking around the corner at all times. Regardless of any success achieved, past of present. And that is: COMPLACENCY! I’m not kidding, by the way. Letting yourself get complacent and downright blazé about your business happens SO easy…

Hey! It’s been waaaaay long since my last CarCast.. or any kind of video at all. Sorry about that. Even this one’s been kicking around for a while until I finally got around to publishing it. I’ll explain more soon, but for now see this one if you’ve EVER come across a tight

How to Cross Over to Profitability

Hi friend, I’ll keep this short. Due to exceptionally high demand, I’ve decided to re-open applications for copy critiques after a good while doing this thing ‘under the radar’. Read the full details on this page. Thanks for your attention, Juho copy critique copywriting juho

Friday Is The New Black

“NO – it does NOT have to be a race to the bottom!” Because when all everyone’s doing is cut deeper and deeper discounts… it’s a bloodbath. However… There IS a way to get more sales than with even the deepest of discounts. But first: Did you know why the word BLACK in Black

Carcast: Got a Mental Model of Your Ideal Client?

So what’s the deep… deep… DEEP undercover way to “get to your customer”? To almost read their mind, and have them know that we have their dream solution? ‘ Well, deep mental modeling is where it’s at! Have you created yours yet…? Stirred some thoughts?

Get At Least Something Right

Marketing is a funny thing. A lot of people seem to think you have to get everything right for marketing to succeed. That it has to be Just SO. Hence the endless meetings and back & forth. But the truth is very different, when you judge it by actual results. You can get 2 out of

The Copyist Is (Still) Alive!

So ya thought I wasn’t even writing the actual, original PDF newsletter anymore? Frankly… so did I. I got so many different things cooking up, this got pushed to the side for a bit. My apologies, if you’ve been waiting for your fill. Anyhoo, it’s there right now, expecting yo

Hey! It’s time for the triumphant return of the CarCast. New car, who dis? On to today’s topic. Have YOU built your sales copy vault yet? Or are you starting from scratch for every single campaign, unsure whether it’ll work or not? You CAN fix this. I have a few fiery things to say abo

Allow me to flog my favorite automotive fetish for a little while… one that hails all the way from the days my father got a Horch (before Audi was Audi) for their wedding… 😉 photo credit: jorbasa Audi used to be the ‘third German luxury car you can’t quite remember’&

Check Your Funnel’s Sales Temperature… Hot Or Not?

So here’s a topic that doesn’t get nearly the play it should be getting. And it’s pretty common sense too, right? People enter your funnel with a high ‘sales temperature’ a.k.a. predilection to buy… And yet by the time they get to the end of your funnel… tra

Even Newspapers Split Test… And Why Is It You Don’t?

Have you noticed that in recent years, even the newspapers and magazines have had to resort to split testing… to figure out what their readers REALLY respond to? It’s true. I’ve seen several high profile magazines send out different editions of the same issue, only with a different

Invisible Marketing That Generates More Cashflow… Than Anything

Invisible marketing… yes, I’m dead serious. And so are my clients who have experienced this first hand. To get a clue on what the key might be… look for a keyword within this video… it starts with an ‘L’…  Right? Pretty cool, or what?! If you want to REALLY

How To Create A ‘Greased Lightning’ Squeeze Page

Are your squeeze pages / opt-in pages / landing pages lacking OOMPH? One of the most common mistakes in creating effective squeeze pages that bring in tons of email subscriptions is… that they don’t seem designed for FAST ACTION. It’s a little weird, because the entire, singular, O

The World According To Steve Jobs

So… I finally finished reading the mammoth, 571-page Steve Jobs biography by Walter Isaacson, former editor of Time magazine. photo credit: CLF It took me about two weeks and I’m already missing the experience (UPDATE: the blog post sat for an additional 4 weeks…). Talk about livin