“For all thy getting… get wisdom.”

I forget who said the above but it must have been someone really important. 🙂

And it’s important not only because everyone needs to grow in wisdom, it’s also because of the ‘getting things’ part.

Everyone is so focused on ‘getting more’ in the western world – and increasingly in the East too… that fewer and fewer people stop to think whether they should give as well.

After all, when you give something, you’re left with that much less, right?

Actually, that’s not right at all. Because when you give something, you not only give something valuable for someone who needed it. Which is commendable in itself.

But you also created a vacuum within yourself that will pull in the same amount to you again, and it doesn’t stop there – the flow now initiated will keep giving you more! 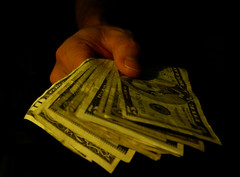 Now here’s the even bigger point.

A lot of people starting out in their business have a problem giving stuff away. After all, what’s the point of being in business if you’re not getting paid for it?

True enough, but there’s more to it. Here’s the pattern I see very often:

Okay, before we get too gloomy here, this is the lesson:

Feel good about asking for money in exchange for your best, most valuable information. In fact, feel VERY good about it. 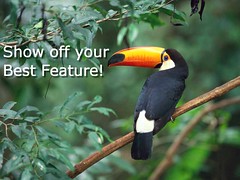 And at the same time, feel free to give freely of your knowledge when it’s called for to get people to a place where they yearn for your best information.

I say ‘feel’ because you really need to feel it out the first time out. But then it becomes second nature. I dare you to try it. 😉

The Quickest Way to, uh, MMO?

The Secret to An Effortless Lifestyle

Hi folks, Here’s something I put together to show you what’s really important … When you set out to create a truly Effortless Lifestyle using the power of the internet. To check out the short presentation, just press play: If you can’t see the video for any reason, here’

While my recent post about technology launches in internet marketing was met with some nods, agreement and whatnot… later on I felt only one half of the story got told. That’s not right. So here’s the other side of that sordid story. It reaches back into my past experience in the b

How To Get The Most Out Of Events

Hey, here’s a clip I shot about my process after attending important events. Filmed right after I got back from James Schramko’s excellent Superfast Business Live 10 in Sydney, Australia. You can watch an ‘experience reel’ of that event right here. Anyway. This process has

Creating Video Fast And Easy In 2010

I vividly remember the first video calls I made over the internet with just my computer. It must have been late 2005 or so, and I was trying to hook up a video call between my brother and myself, using some bubblegum contraption that used Skype for connection, some third party program to hook up

Word to the Wise #02: Businesses and Business Models Thriving… Even Now!

So here’s another one in a series of videos I’m doing to support and share… with fellow entrepreneurs, in this strange time that requires high alertness from all of us. Let’s GO!    Sparked a thought or two? Leave a comment below will ya! 🙂 And if you’re intere

Hey! I hear it so often – what could ANY e-commerce store owner PRACTICALLY do to improve the conversion on their site. Of course there are so many things you COULD do it’s difficult to choose what to do first. And if you have a store that works well but isn’t a huge business yet,

Word to the Wise #03: Take Care of Your Value and It Will Take Care Of You!

So here’s another one in a series of videos I’m doing to support and share… with fellow entrepreneurs, in this strange time that requires high alertness from all of us. Let’s GO!  Sparked a thought or two? Leave a comment below will ya! 🙂 PS. I’m keeping this progra

How to Reduce Your Bounce Rate

Morning! It’s a common complaint for online business owners after going through some of their analytics: “What is all this high bounce rate nonsense! How do I fix this?” While there is no simple answer to this, I will attempt to give a generic answer that should help you with this.

First Get Attention – Then Shock & Awe

You wouldn’t be much surprised to find Richard Branson as one of the backers of this new money transfer startup… would you? Nor would you walk past these bus stops without at least chuckling to yourself, would you… But would you go THIS far in your marketing? A guerrilla campaign

Factual and Common Sense? How Dare You!

The other day I got the weirdest testimonial (well, it read like a complaint but anyway) for any of my products so far. It went something like this: “I was disappointed. It was factual and common sense. Not at all what I expected.” He did NOT ask for a refund though. Go figure. I suspect

… than an idea whose time has come! I’m sure you’ve heard that saying before. In these times of ongoing global change, it’s more true than ever. And one of the things I’ve noticed cropping up more and more… is frankly, the overarching theme I’ve been talking

Here’s a quick recording from the 2018 Private Island Masterclass workshop we held with Mr Pete Dunn. This is a quick 15 minute rundown of some of the factors involved in persuading people to buy from you: This year we held no open call ‘island seminar’, only some invite only event

Hey there, long time since the last CopyCast, yeah? Here comes a new episode I was spurred on to create as I kept getting into the same discussion about what ultimately causes people to buy a certain product – or not. In short, people generally buy based on emotion and use other specifics of t

Hi there you follower-reader you! I do appreciate you coming in on this beautiful day. I do hope it is beautiful for you too. Since you’re here, I have something to share with you. It’s something that has improved my writing in numerable ways in the past few months. And I mean in many qu

Okay buddy. Time for a heart-to-heart. Well, at least a fireside chat. Oh who am I kidding, it’s a damn monologue. But the topic is super important for entrepreneurs, so here goes: Stirred a thought or two? Leave a comment, will ya! entrepreneurship Success

In Praise Of Consistency (Not Boring)

What? Of course I had to make sure you wouldn’t choke on your coke… or other beverage… with me bringing up something as mundane and boring-sounding as little ol’ consistency. DEFINITELY NOT SEXY, RIGHT? Right. However, there is a very important reason why I want you to unders

My Home Office in 3 Minutes

Okay this is a little self-indulgent and silly, but hey, a client asked me to do this so what the hey. Anything for friends and clients. 😉 But who knows, maybe I managed to bury a useful tip or two in there… see if you can find them! So that’s that, I hope it didn’t

Show comments Hide comments
Comments to: For All Thy Getting…