So I saw the controversial psychologist and speaker Jordan Peterson last night, right here in the damp, dark but still beautiful Helsinki, Finland. 😉

He may be controversial, but he still filled an ice hockey arena seemingly effortlessly. Audience mostly 20-35 year old males, but there were the odd slightly older gentlemen (ahem) and their women in attendance as well.

His presence is, if you’ve followed him at all, let’s say – entirely singular. There’s nobody like him, and his opinions seem opposed to a lot of the current mainstream thinking.

So I was intrigued to see how he performs live, and I wasn’t disappointed (though I’m sure some were, based on the grumblings I heard on the way out, expecting even more controversial statements).

He started off by riffing off Biblical references for some 30 minutes which was a little surprising but I got the hang of it, things like:

“Are you hiding behind the bushes like Adam? – then unfortunately you won’t do well in life…”

Maybe a little, but it’s vintage Peterson right there when you look at it with fresh eyes.

Anyway, to get to the point of today’s rant…

So… what’s the point for a marketing oriented person of any persuasion?

As I mentioned, he’s entirely singular I suspect these are major reasons why he’s been propelled to the public eye so forcefully.

AND been attempted to be discredited, defamed, and sure – cancelled. So far, it didn’t take. Go figure.

Anyway, seeing this fiercely intellectual guy live gave rise to some ripe comparisons to the profession and general outlook of copywriters.

I’ve been one for most of my adult life so what am I going to do, hold it back? Ok here goes!

I could go on but I think you can see the point.

Jordan Peterson is a very intriguing, and indeed extremely singular example of someone thrust into the global spotlight for his strong views and ability to verbalize them in quite persuasive ways.

Whatever you think of his views personally, as copywriters and marketers inhabiting and working within this strange psychological corridor of connecting with people, finding common ground that resonates both ways, and selling them on ideas they didn’t know existed before…

…well, I definitely think Jordan Peterson is a worthwhile case study to sink your teeth into, and see what makes up the psychology of getting that kind of traction.

And yes, the business behind it as well which is less talked about but somewhat unconventional and perhaps worth modeling.

I’ll see you on or around a stage somewhere soon!
(Thank goodness it’s happening again, right?!)

Juho Tunkelo Member since May 22, 2007
Loading + Follow Following
Long time marketing strategist, superstar skills in copywriting and conversion optimization. Ring me up on Skype or send me a free-form email and I’ll lend you a keen ear. https://www.juhotunkelo.com
Do you like Juho Tunkelo's articles? Follow on social! 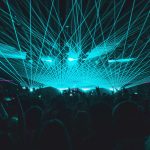 New Resources You Ought To Know And Use – November 2015

Hey-hey! Time for another quickie installment of resources I’ve come across lately, and couldn’t wait to share with you. They’re all very much worth your time, so you’re welcome. 😉 Marketing Stuff CodeDelay eliminate bounce traffic from ending up on retargeting lists ̵

The all-rented lifestyle, way of the future?

Right?! You’ve seen all the great case studies about how Uber means nobody will own cars in the future. And how everyone’s now renting their place instead of buying because it’s better to free up cash. Well, do you have cash lying around then, or new burgeoning investments? Thought

I was recently asked by a first time entrepreneur about the apps I use for business. As in, the ones that actually add to productivity instead of eating up precious profit-generating time. This list is for Apple iOS devices only, but many of these are also available on Android. So go Play, andro

Hey! Here’s again what was new and/or cool this month in my Delicious bookmark feed. See if there’s something that tickles your fancy, and leave me a note if you found something great! Marketing Tools & Resources Ever Webinar – automated webinars finally come of age! Trycast &

Is A One Person Business a Real Business?

On the Internet, EVERYONE’S ALONE. (yes, even with all the social networks around) And Internet Marketers… well, they tend to flock in crowds of one, so to speak. That is, at least until they find out how much that hampers their growth in the long term! And there’s a reason for it,

Here’s something really cool I didn’t expect… but I should have! I got inspired to do a basic 80/20 analysis on my marketing business… and the results were much quicker and more profound than I expected! If you’re not familiar with 80/20 analysis, it’s based on th

Hi there – here’s probably one of the most practically impactful, useful things I’ve ever written about. And you know I like to write a lot, don’t you? 😉 Anyway – what I’m talking about what many people are obsessed about on a daily basis – getting more a

Hey! Humor is a pretty edgy but dangerous thing to use in advertising… or is it? I wanted to share something I saw while I was in London recently. Press play and check it out… advertising britain copywriting humor london marketing Juho Tunkelo Member since May 22, 2007 Loading + Follow F

All Copy Does NOT Need to Be Turbo Charged

Some “fresh” (a.k.a. newbie) copywriters seem to think “business opportunity” copy is the ONLY kind there is… Possibly because it’s the only kind they’ve seen, and it’s where they model from (sadly, it’s also where they get their misunderstandings from).

Hey there. In the coming months, I aim to bump up my efforts to teach copywriting and other moneymaking fine arts to those interested in such things. As a small part of that, I’ve revitalized my monthly value newsletter in PDF form (this latest one is 33MB). Free of charge (for now). If you&#

Common Mistakes of The Rookie Copywriter

Alright, alright. I’ve seen enough valiant attempts by newbie copywriters to make me both proud and cringe in (not-so) secret. 🙂 You see, it’s not always pretty when you’re still learning the ropes. It’s totally normal. In fact, it’s often STILL not pretty when you g

Every Step Matters – In Life and In Marketing

This morning, I did my usual coffee routine: Check the water that’s been purifying overnight, set it on course to boiling point Get out some organic ground French roast Put a couple of spoonfuls of the stuff into an organic, recyclable sleeve Place the sleeve into a self-standing, plastic cone

The Truth About Conversion Rates

Written by Juho Tunkelo May 3, 2011May 3, 2011
Saving Bookmark this article Bookmarked

In conversion optimization, the calls to action gets a lot of attention for good reason. A lot of times they don’t even exist where there definitely should, and when they do they’re often wishy-washy. You need to hit at least the following points to be CLEAR in what you ask of your peopl

How To Trigger An Almost Compulsive Buying Habit In Your Customers

“Offers! Delicious Offers! Get them while they last!” -there’s a customer born every minute… Wouldn’t it be NICE? To not only get a dribble of sales here and there, or even some solid response to a campaign or launch you put out there once in a while… But to hav

Written by Juho Tunkelo May 3, 2017May 26, 2017
Saving Bookmark this article Bookmarked

In Praise Of Consistency (Not Boring)

What? Of course I had to make sure you wouldn’t choke on your coke… or other beverage… with me bringing up something as mundane and boring-sounding as little ol’ consistency. DEFINITELY NOT SEXY, RIGHT? Right. However, there is a very important reason why I want you to unders

Most people, if you ask them if they’re focused, will tell you: yes absolutely I am, of course. Some (not all) of them will even be able to say where they think their focus is: ‘I’m 100% focused on my career‘, ‘I’m totally focused on the wellbeing of my familyR

Leave a comment Cancel
Comments to: Jordan Peterson as Seen Through the Eyes of a Copywriter